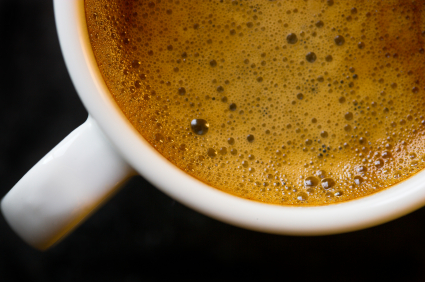 Our linguistic adventure began when we proudly found our way to the Soléxico School from Cancun Airport. After arrival in Playa, we found our way from the bus station to a taxi stand. We had been advised to negotiate prices—in Spanish—before getting into a cab… Next shock, the Spanish Assessment Placement Exam was conducted in Spanish!

We met dear friends who escorted us to their home, our “casita” for-a-week. Over the weekend we explored the ancient city of Merida to experience rich Mayan culture.

Our hosts, visitors and tourists were primarily European American. Everyone else appeared to be Mayan or Mexican. Culture Shock! Folks looked at me curiously wanting to know who I was since I looked so different from almost everyone, except for my sister. The “OTHER” was ME! US! My skin is dark brown. My hair is locked. Yet, the palms of my hands, and my smile are like everyone else’s….

Monday morning, bright and early: ESCUELA! Where are you from Esperanza? “Jamaica, a country in the Caribbean.” Responses included, “Reggae!” “Yeah Mon!” “Bob Marley!” When I asked where they were from they replied, “Playa, a city in the Caribbean.”  It took a few days for it to dawn on me—the seasoned traveler, the seasoned facilitator in multiculturalism—that I had ignored the fact that the sea that lapped two blocks away from our “casita” in Playa is the Caribbean Sea.  Until Playa, I had never seen the Caribbean without people looking just like me. Imagine me encountering a new vision of The Caribbean. HUGE lessons….

The intense learning was wonderful! I thought in Spanish, dreamed in Spanish, learned how to cook delicious meals in Spanish. By the time I left a little piece of my heart behind in Playa, I was speaking Spanish again!

The next Sunday, I scrapped the sermon that I had planned to preach and instead shared my wonderful experiences with my congregation. After service, several folks spoke to me: “I listen to Spanish tapes each morning and evening!” “I am taking Spanish classes in my local bookstore.” “I bought the Rosetta Stone set!”  “I am going to visit my folks in Argentina for the summer.” Hmmmmm…. Time to figure out a way for us to work on our Spanish skills as a congregation. The idea of the Spanish Salon was born. I decided to invite everyone, whether proficient in Spanish, or not!

I put cloth tablecloths on card tables. I placed a pack of vocabulary cards with beautiful graphics, a Spanish-English dictionary and a few storybooks in both English and Spanish for children and youth on each table. There was Spanish music representing many traditions played on a CD player.  The Mallette Room was festive.

We gathered by the piano to sing the Spanish hymn “Fuente de Amor.” (# 31, Las Voces del Camino, UUA).  Everyone shared stories, played with the cards, used the dictionaries….  An adult  at one table spontaneously read “My Name is Celia/Me llamo Celia” aloud, in which author Monica Brown describes the life of Celia Cruz, whom we had heard singing just moments before. This was a wonderful, multicultural—and multigenerational—experience. Fluent speakers of Spanish of all ages supported those of us who were struggling.

We meet from time to time after Sunday services. Even if we don’t each become fluent in Spanish, and even if we don’t each go to Phoenix in June, when we meet our Spanish-speaking neighbors, we will each be able to be a little bit more hospitable and inclusive.

James Freeman Clark said, “If I cannot do great things, I can do small things in a great way.” As responsible and responsive world citizens let’s find our own particular ways to be better neighbors without being wedded to any one language/tradition. In time will widen our focus, but, for now, the Café Mallette offers an easy, inexpensive way for my congregation and friends to more deliberately walk our multicultural talk.

The Rev. Hope Johnson is Minister of the  Unitarian Universalist Congregation of Central Nassau in Garden City, NY