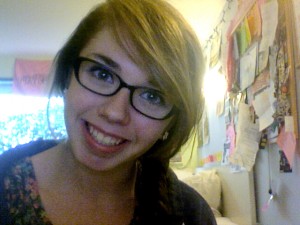 A good example of this comes from an experience at last year’s GA. In addition to being a chaplain, I had the honor of being a member of the Right Relationship Team. Early in the week, another member of the Right Relationship Team pulled me aside and informed me of an issue with one of the games that was played at the Youth Caucus mixer the previous night. The game was called Ninja; to play, a group of people stand in a circle and take turns making swift movements to tap the hand of the person next to them. The last player to remain untapped is the winner. The game is a ton of fun, and very popular, but its name is also a serious cultural misappropriation.

The next morning at HUUPLA, the youth caucus’ daily meeting for announcements, I relayed the concern to the rest of the Youth Caucus. I suggested that we change the name to Stealth, because that name more appropriately, and sensitively, conveyed the message of the game. The transition from “Ninja” to “Stealth” was totally smooth, and it only took a small change in perspective to see that the original name was inappropriate. The problem was solved, and we all learned just a little bit more about awareness and sensitivity.
This problem might seem small in comparison to many of the challenges we face in Phoenix this summer, but open mindedness will be especially important during this GA. Everyone who attends Justice GA, youth included, will have to wear many hats—one as a guest in the city of Phoenix, one as an ally to the immigration justice advocates, and one as a peer in spiritual growth. We need to remember that the first and foremost reason for this year’s GA is to actively support those fighting for justice in Phoenix. To be productive in this effort, we must respect the wisdom of those whose hats are more weathered with experience than our own. It will be impossible to harness the infectious spiritual energy of the GA community to accomplish our goals if pride gets in the way. I pledge to defer my opinions about the best way to help reform immigration during GA to the wise and experienced, and I cannot wait to see how everyone else will rise to meet the challenges of GA 2012.

Leigh Friedman, a member East Shore Unitarian Church in Washington state, was a GA youth chaplain and a member of the General Assembly Right Relationship Team at GA 2011 in Charlotte, North Carolina.